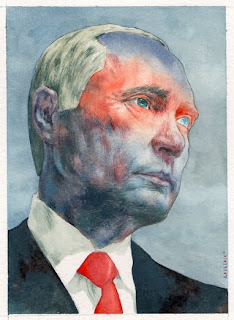 A little in class demo for my Methods&Media I class that I finished this afternoon when I got back home.  I only worked on it for 30 minutes, and managed to totally overwork it from the nice under painting I had going on.  Ah vell.  Pootin veel be so sad at hees poortrit!
Posted by Andrew DeGraff at 5:28 PM 1 comment:

Medieval Times - Savior of Sports Entertainment Dining or Harbinger of the End of Human Civilization? . . . yess . . . 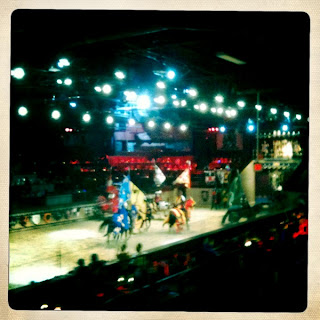 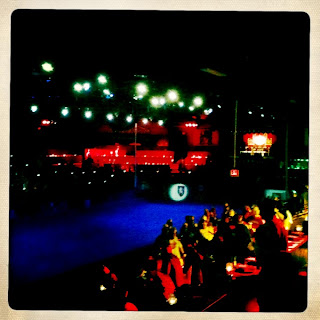 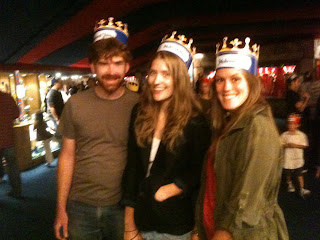 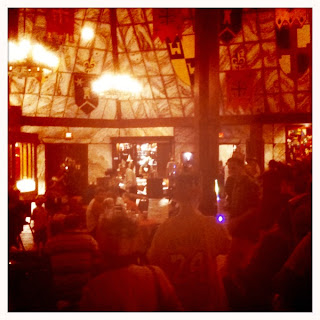 Recently wed Wes and Kiersten whisked Michelle and I away to a undisclosed secret location veiled in the shadow of the Pulaski Skyway, beyond the swamps of Hoboken, and past the black gates of the New Jersey Turnpike to the magical fiefdom of Lydenhurst.  There the secret revealed itself in the form of a towering parapet (as large as the local zoning board would allow at least) made of authentic poorly reproduced stone - alas, we gazed upon the castle of the Lyndenhurst franchise of Medieval Times!  Much merriment was had as the local king regaled us with his alternating basso/falsetto voice about the location of fire exits.  The lord chamberlain explained in the best king's english the castle smoking policy. . . It was as if time itself had peeled back the curtain of reality!

OK - enough snark - it was super fun.  If you love cheering for staged sporting events, if you love eating with only your hands in almost complete darkness, if you love regional theater rejects spouting utter nonsense in poorly imitated British accents . . . and I do . . . Get thee to New Jersey!  (Or check their web site for a location near you!)  It was an AWESOME surprise.  Nice one W + K.
Posted by Andrew DeGraff at 4:28 PM No comments: 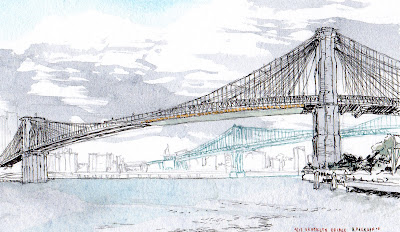 Had a fun time doing a little painting down at the Brooklyn Bridge park, and taking some super lame, but still fun Hipstamatic pictures. 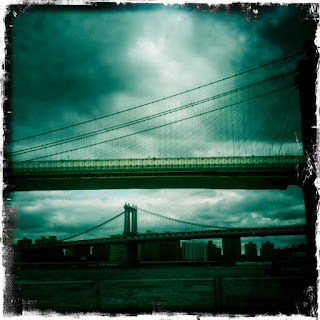 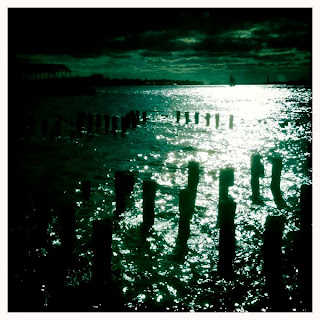 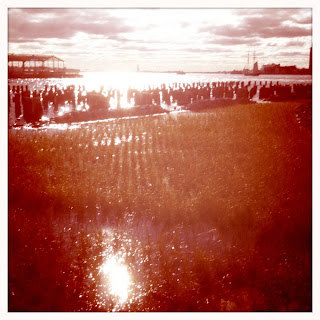 Got to take my favorite train ride up the Hudson River from NYC to Albany, and stare at some great rail bridges.  If you've never had the chance to take that ride, find an excuse to do it.  It is beautiful country.
Posted by Andrew DeGraff at 9:15 AM No comments: 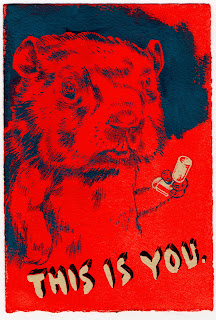 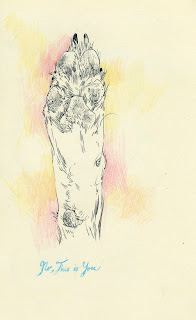 My buddy Owen Sherwood and I are going to be doing a two man show curated by Emma Copely (do check out her paintings) up in the Collar City, the Home of Uncle Sam, beautiful Troy, NY.  We both grew up right outside of Troy so it's going to be sweet to have a big space to fill and show all our old high school enemies that we are . . . artists. . .  As part of the show, we're doing a little project: This is you. No this is you. : a series of insults back and forth that we'll eventually be putting together as a sprawling piece for the show.   Fortunately, I had the good sense to make it a blog: Owen has the foresight of drunk garden tool trapped in a cabinet.  We're just getting started and it's a lot of fun,  so keep checking it out from time to time!
Posted by Andrew DeGraff at 8:34 AM No comments: 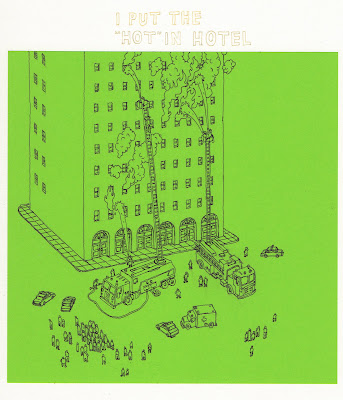 Posted by Andrew DeGraff at 11:18 AM No comments: 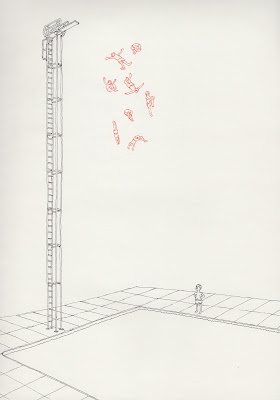 "As a Boy I Contemplate the High Dive/Sweet Moves"
Posted by Andrew DeGraff at 7:54 AM No comments: