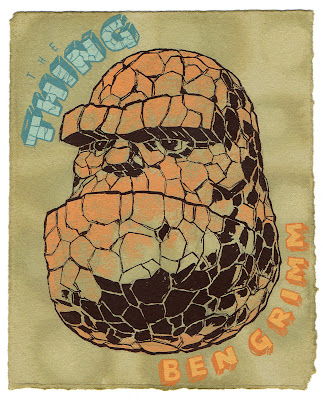 Was up last night watchin' some netflix and got a-doodlin' on one of my favorite Jack Kirby characters, the Thing. Man made out of orange rock. Brilliant.
Posted by Andrew DeGraff at 2:11 PM 1 comment: 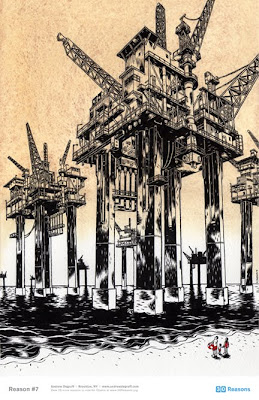 Hate to repost, but since the oil is still flowing, I thought I'd throw up my 30Reasons.org poster from 2008. The week this got poster to the 30Reasons site (Nov 08), Obama drastically weakened his stance on offshore drilling which was quite a disappointment. I was really excited when he initially planned to put a hold on drilling new areas and reassess the current leases held government's incredibly corrupt Materials Management Office. Would it have stopped the current crisis? Probably not. Preemptive tactics may have disastrous results in foreign policy, but as far as environmental policy goes, it's a pretty good idea. It also made me realize what a theme it's been in my own work and especially the "Pink Gold" book I made in 2005. 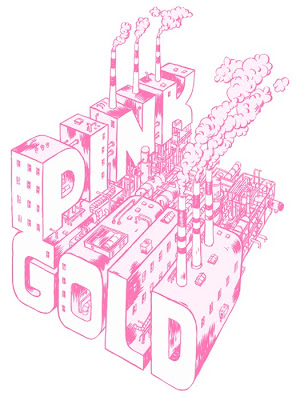 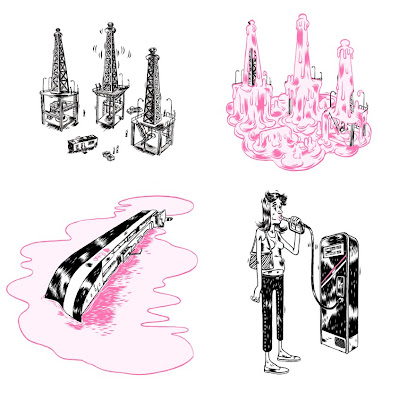 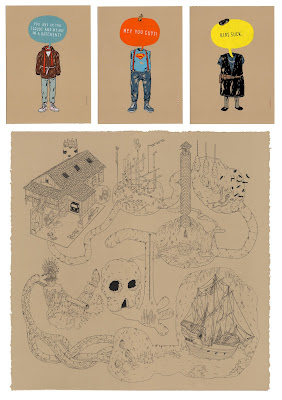 Tomorrow night in LA at Gallery1988 the Crazy4Cult show opens hosted by Kevin Smith and Scott Mosier. Here's a peek at some of my contributions inspired my me beloved Goonies.
Posted by Andrew DeGraff at 6:39 PM No comments: