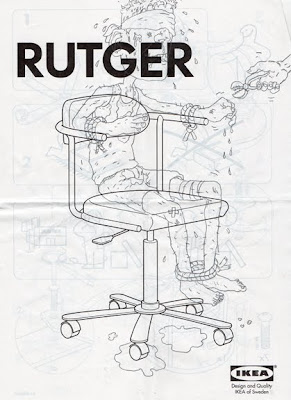 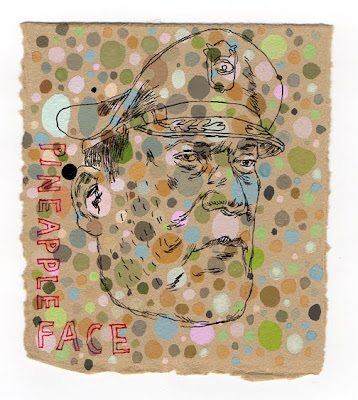 Manuel Noriega has been in the news of late, and I recently listened to the This American Life episode "My Pen Pal" in which he figures prominently. It must be a strange life to be bounced around from prison to prison - Miami, to France, to . . . perhaps back to Panama. You can say a lot of bad things about Sr. Noriega, but he did facilitate one of the great nicknames in history - Pineapple Face. Brilliant.
Posted by Andrew DeGraff at 9:15 PM No comments: 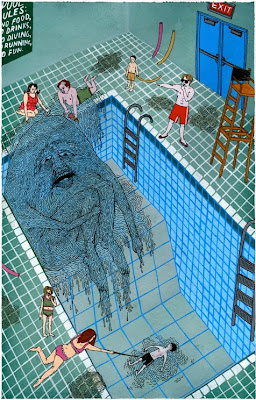 If you haven't seen her work, you're in for a real treat. Part of what I like about her work is that we seem to be interested in the same things, especially buildings, squares, and rectangles (to be broad about it:)). In fact, there's a really fun overlap with her pool piece (above), and a little watercolor doodle I did a few years ago! She totally kicked my ass on this one. 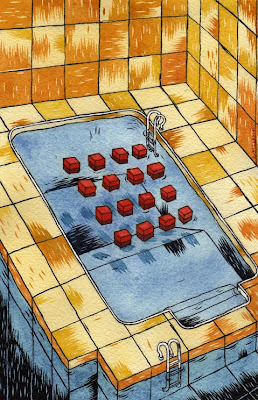 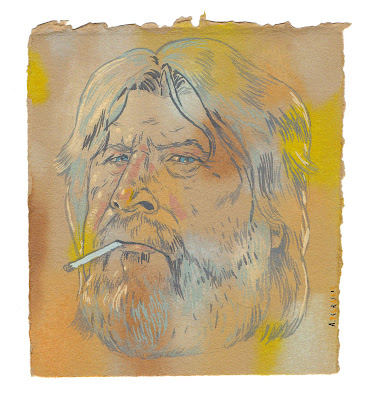 I've probably spent more time than I should watching Deadliest Catch marathons. It's a pretty great show, partly because of the beauty of the tossing seas, partly the amazing bounty of crab, but mostly because of the guys who man the boats, and Captain Phil in particular who passed away from a stroke at 53.
Posted by Andrew DeGraff at 8:22 AM No comments: 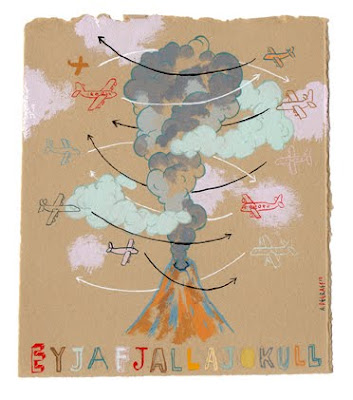 It's fun to work small scale, especially with some "for fun" editorial pieces. This top one about the Icelandic volcano eruption and the flight rerouting all over Europe, and the bottom one about a fire at a local pizza place. 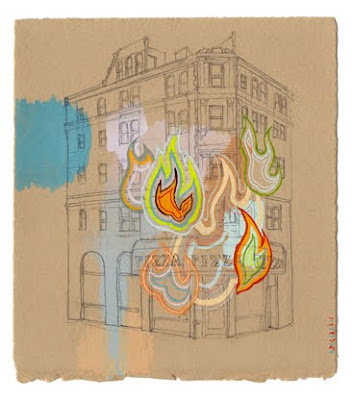 Posted by Andrew DeGraff at 10:27 PM No comments: 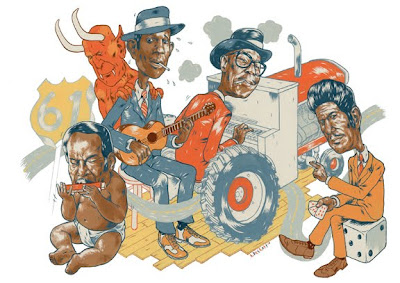 Piece for the April issue of GO Magazine for the great Shane Luitjens depicting a combination of a few stops along the Blues Highway including the birthplace of James Cotton, the crossroads where Robert Johnson sold his soul (which is actually just a legend attributed to Johnson, but which probably was really about Tommy Johnson), a farm where Pinetop Perkins worked, and the venue run by Hardface Clanton who helped launch many blues careers. 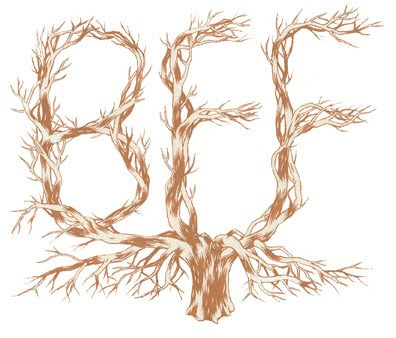 Another little spot for the same ish - this one portraying the Friendship Oak, which if you stand under will you stay friends forever.
Posted by Andrew DeGraff at 4:10 PM No comments:

I've been working on a short comic based on some music fables written by a friend. The characters are all animals, and my character was "the Critic". I chose to portray him as a snapping turtle. Of course the week I finished, I went down to see some of my fam in Virginia and ran into this 18 inch snapper sunning herself on the grass. A perfect opportunity to get some reference immediately after I could have used it. Ah well. It was still a pretty awesome sight. 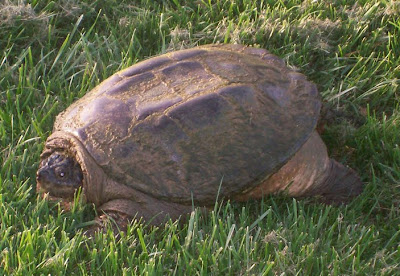 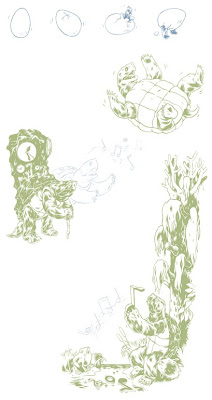