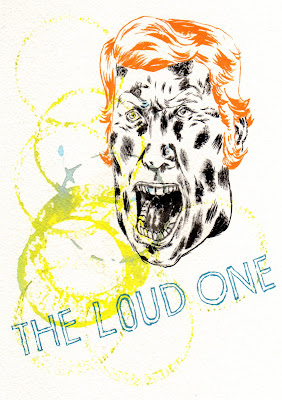 One of my points of extreme embarrassment as a child was when I first got into comic books. The characters were new to me, and as an X-Men reader in the Chris Claremont era, the number of characters and universes was pretty daunting. But I was into it and wanted to ask the cooler, older kids about stuff I didn't know, and mostly about the new (to me) character of Banshee. However, when I got up the courage to ask, I couldn't remember his name, and stuttering I said, "You n-n-n-n-know, the loud one?". Not cool. Even in the comic book world of uncool cool.
Posted by Andrew DeGraff at 11:33 AM No comments: 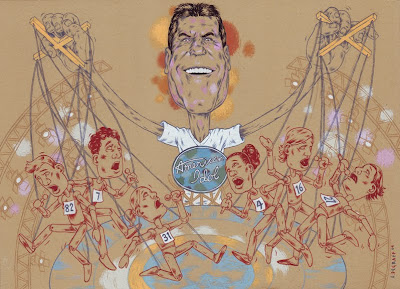 Here's a piece for Wes Gatbonton at Las Vegas Weekly in more of painted style, which was a lot of fun especially working on a portrait.
Posted by Andrew DeGraff at 10:50 AM No comments: 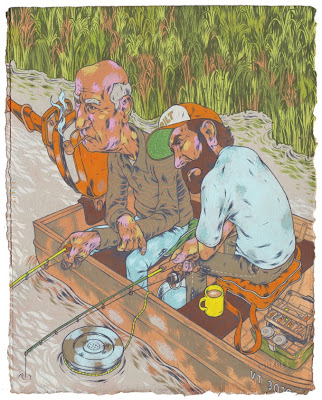 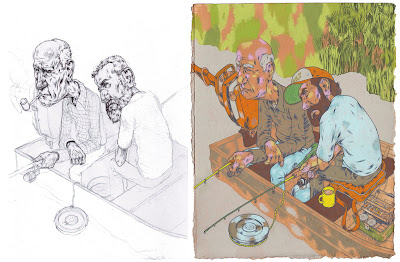 A little painting after a sketch I did in August when my Vermont fishing license was still valid. Those were happier times . . .
Posted by Andrew DeGraff at 10:51 AM No comments: