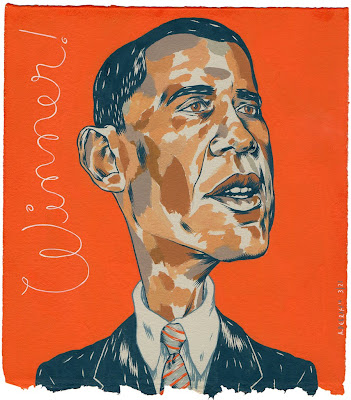 There is a classic sense of American obstinacy. Usually, we end up unlawfully invading another state, maintaining discriminatory legislation, or doggedly adhering to a plea of innocence to a charge of infidelity. Rarely is it displayed in the cause of half-assed reform. It's not glamorous. It's not sexy. But, by gum, we got ourselves some honest to goodness health care reform. Half-assed reform, but reform nonetheless. Six months ago with the Tea Party screaming at town halls, death panels around every corner, and more caricatures of the President as Hitler than was tasteful under any circumstance, I thought health care was as dead as your neighbor who couldn't afford health care. And yet, President Obama stuck with it, bored the entire country, and got it through. Kudos, Mr. President. It's a big W. Have yourself a beer summit.
Posted by Andrew DeGraff at 4:30 PM No comments: 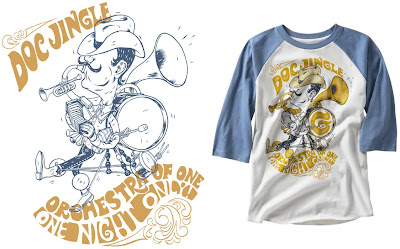 Need something for that hard to please nephew? How 'bout a Gap Kids shirt drawn by me! (You can buy it here) I had a lot of fun doing this tee, and it strangely coincided with a piece for GO Magazine where I also did a one man band as a spot for part of a larger piece. No joke - same two week span. It was nice to have the smaller GO piece done to help out with the bigger GAP piece. Weird how that happens, huh? (One-man-band pieces are also nice for having an excuse to listen to some Hasil Adkins!) 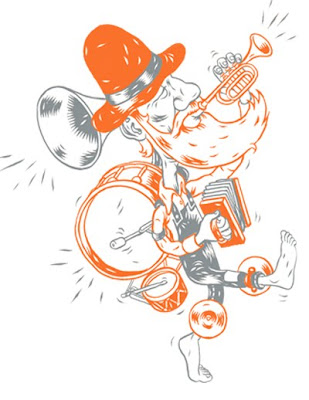 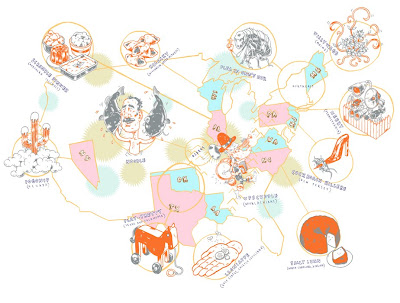 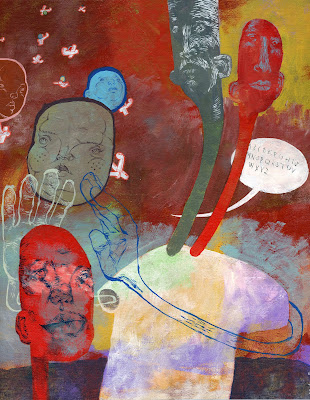 I've been cleaning out my computer and came across some older images - 2002/2003 stuff. This one is still one of my favorites. It's called "Process". The guy in the lower left is the artist, the baby headed airplanes are ideas, and the two headed guy represents the right and left brain each trying to block the ideas from getting to the artist's head - which is often my problem. I feel like I have some really great left brained ideas, that then get overruled by my right brain, and vice versa. My favorite paintings are the ones that straddle the subjectivity and objectivity, and for by those standards, this was a very true painting me. Plus, it was one of the first ones where I used more middle mixtures with high chroma accents, and got away from out of the tube color harmonies.
Posted by Andrew DeGraff at 9:21 AM No comments: 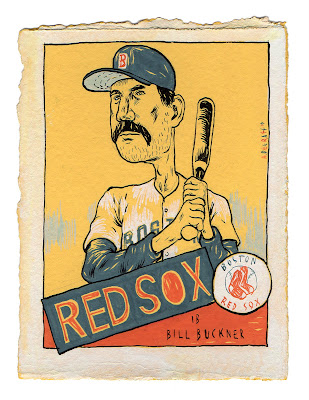 As a little gift I, a Mets fan, sent this lil' painting to the Commissioner of my fantasy baseball league, reigning league champ, and Red Sox fan. It's just a little reminder from me that it can seem like you've got things all wrapped up only to have it all roll right between your legs (which will then force a game seven which you will lose).
Posted by Andrew DeGraff at 4:31 PM No comments: