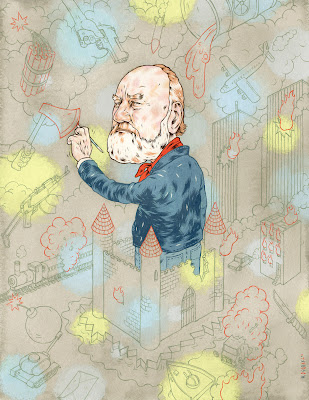 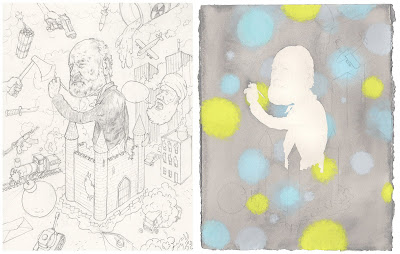 Kurt Westergaard, the Danish cartoonist who drew the inflammatory images of the prophet Mohammed a few years ago for Josh Baker at Metaleap for use in Paste Magazine. If you don't know the story, he's a couple of attempts on his life, the last being a Somali guy who tried to break into his house with an axe . . . As if us illustrators and cartoonists don't have it tough enough as is! You'll notice the angry Muslim man on the right side of the sketch did not make it into the final, and I think it was a good edit. I find my flesh to be rather susceptible to axes.

Thought I'd throw in some process work, too.
Posted by Andrew DeGraff at 2:22 PM No comments: 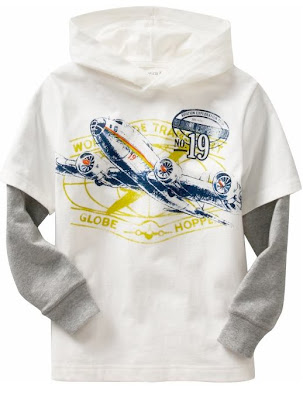 It's fun to go on the GAP site and see some of the illo I've done for them in use. They're all done about a year in advance so it makes for nice surprises to see what's out at any given time.
Posted by Andrew DeGraff at 2:13 PM No comments: 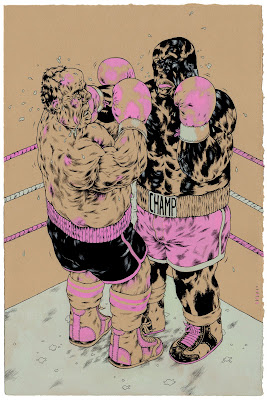 Nothing like a sweaty mass of man, muscle, and pink duking it out. The fight for the World Heavyweight Homoerotic Belt has begun!!
Posted by Andrew DeGraff at 2:05 PM 1 comment: 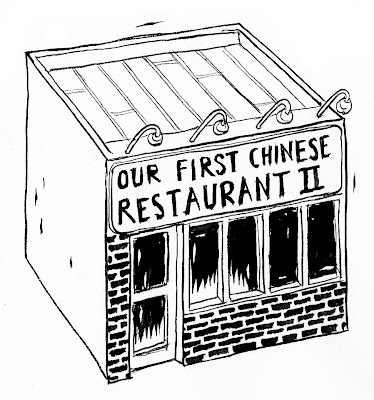 This is one of my favorite, although puzzling, NY phenomenons. I've seen many examples of these sequel-esque restaurant names around, almost always with Chinese restaurants, but now in my neighborhood there's a new entry. Apparently, there is a bar somewhere named CHANCE. The owners, owing to apparent success, decided to open up a second bar located on my block. In doing so, they decided to pass up the myriad of applicable titles that maintain the congruity using the original name: Second Chance, Another Chance, or any other phrase involving chance (I'm sure you can think of a few) . . . and decided on CHANCE II. Is it the propensity of pop culture? Of too many over promoted sequels? Do people not know enough words? It's probably some sort of tax thing. Even so, I'm disappointed. The "II" will always be attached to a sub-par, uncreative, over hyped version of the original that should take place on a boat, in space, fifteen years in the future - OR as I would advocate, never at all, and certainly, never on my block.
Posted by Andrew DeGraff at 11:51 AM No comments: 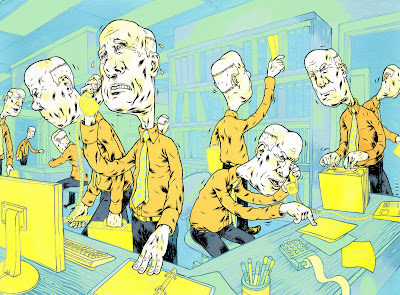 Piece for Annemarie Neff at American Medical News about doctors alotting too much power to their practice managers. I like offices. So many good rectangles!
Posted by Andrew DeGraff at 2:55 PM No comments: 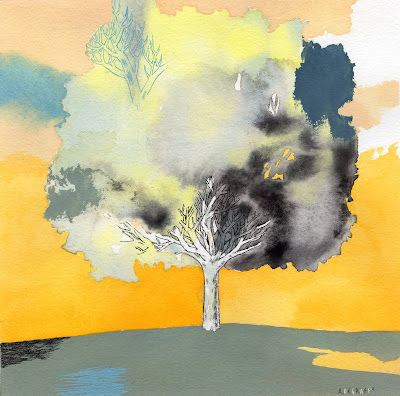 Is it time for spring yet?
Posted by Andrew DeGraff at 4:05 PM No comments: 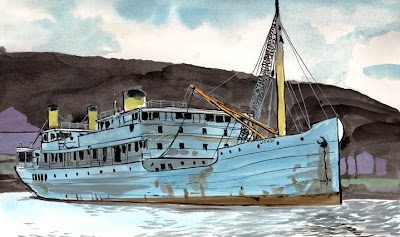 Thought I'd do a little snow day painting, and found a good pic to work from in a Salvation Army bought book about Tanzania.
Posted by Andrew DeGraff at 11:38 AM 1 comment: 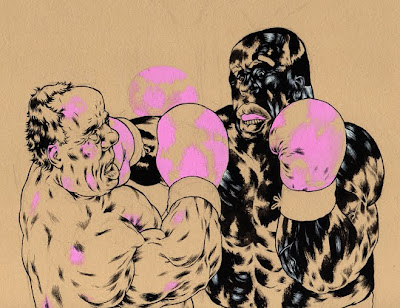 Working on some more sports imagery. This is a detail of a boxing painting I'm working on. I was reinspired by some of the great Josh Longo's muscle men.
Posted by Andrew DeGraff at 9:08 AM 2 comments: